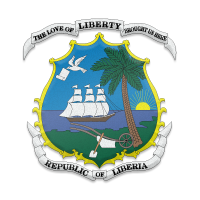 Serving as the guest speaker at Liberia’s 172 Independence Celebration and induction of elected officers of the European Federation of Liberian Associations held in Antwerp Belgium, Minister Wolokolie said Liberians should reflect on the values and ideas that all Liberians belong to one patrimony. “This is our road map and we must Unify”. He noted that once we can unite, National Reconciliation – the High Road Ahead will be easily achieved. “We all need to work as Liberians to bridge the gap between our people and heal our country” adding that this is where the role of the Diaspora Liberians comes in handy.

Minister Wolokolie also stressed that there can be no better time in Liberia’s history than now when all Liberians should be serious about reconciling the nation. “Our country has been engulfed with huge uproar especially dating from the civil war up to the present. The division amongst Liberians continues to be widening at an alarming rate”.

Speaking on the theme “Reconciliation, Patriotism and National Unity – The Pathway to Economic Growth and Development. The Deputy Minister for Fiscal Affairs at the Ministry of Finance and Development Planning noted that for too long, Liberia was shamefully divided into two groups
(the minority elites of Americo-Liberian extraction and the majority indigenous Liberians). “The majority group languished in despair, hopelessness, and humiliation for decades while the minority elite navigated the course of the Country in every shape, form, and fashion.

He said the current leadership under President George Manneh Weah recognized the urgency to reconcile the country and is aware that reconciliation is not easy, but it is certainly achievable.

Commenting on the issue of Dural Citizenship, Minister Wolokolie stated that “I don’t think this was right yesterday, and it is still not right to disenfranchise thousands of Liberians living abroad. I am of the conviction and I share the opinion that Liberians living abroad regardless of their immigration status in those countries should be allowed to exercise their constitutional rights in the same manner and form as accorded those living in Liberia”.

He gave the assurance that in the context of the pro-poor agenda for Prosperity and Development, the necessary legal reform or the amendment will be carried out to ensure Liberians will continue to enjoy their Liberian citizenship regardless of whatever additional citizenship they may have assumed in their host countries.

Minister Wolokolie stated that it was succinctly accentuated by President Weah during his first State of the Nation Address to the National Legislature. “Please note that the legal reform process has begun and will be actualized under this administration”.

Since the establishment of the European Federation of Liberian Associations, Liberians living in Europe come together every July 26 to celebrate the country’s independence. This year’s celebration brought Liberians from Belgium the host country, Norway, Sweden, Germany, the UK, France, the Netherlands, and Switzerland as well as other countries in Europe.